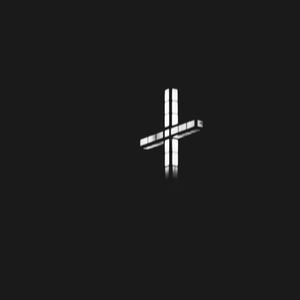 After having a discussion with a non-Christian the other day, one thing he said stuck out to me. “I refuse to believe,” he said. “That I am not worthy or deserving of God’s love.” This is not an uncommon statement from nonbelievers, but sadly, many Christians today believe that they somehow are worthy of and deserve God’s love as well.

We have come to assume that if we do enough good “Christian” works, God will love us more. Or the reason God loves us is that we did something worthy of that. In essence, we say we deserve God’s love because we have somehow earned it.

On one hand, we must realize that as sinners, we are not worthy of God’s love. Yet, on the other hand, God obviously thought that the death of His only Son was worth our salvation. John 3:16 says that “God so loved the world that he gave his only Son…” But it must be made clear that we do not earn or deserve His love. And that, despite what people may think, is a very good thing. Consider Paul…

It is no secret that ISIS is known for brutally persecuting the Church. And I cannot comprehend the nightmare that their victims have been thrown into as a result. But ISIS is certainly not the first to persecute the Church.

In the early first century, Paul clearly hated one thing—Jesus. He hated Jesus and he hated anyone who followed him. In Acts 22 while giving his testimony in Jerusalem, he said in verse 4, “I persecuted this Way to the death, binding and delivering to prison both men and women…” (Acts 22:4). So Paul was not only guilty of persecuting Christians, but he was guilty of persecuting them to the death—murdering men and women who followed Christ.

Paul was a terrorist against Christians in the truest sense. Now he may not have done things quite as brutal as ISIS, but he still murdered and ruined the lives of mothers, fathers, and even sons and daughters. The greatest missionary and church planter had a very dark past.

The Grace of God

But consider Paul’s conversion. God opened his eyes and took out his heart of stone and replaced it with a heart of flesh. How Paul must have looked back to his past actions and felt so sick that it literally hurt to even think about it! The one thing we can know for sure is that Paul knew that he did not earn or deserve this grace from God.

What’s more, in Galatians 1, after Paul shares with the church how he persecuted Christians, he says in verse 15, “But when He who had set me apart before I was born, and who called me by His grace, was pleased to reveal His Son to me…” So even though Paul had done so much wrong, it actually pleased God to reveal Christ to him because He loved Paul. What an astonishing thought. Paul did not earn God’s love nor did he do any works to be worthy of it. On the contrary, Paul was loved entirely by the grace of God alone.

And so it is with us.

Romans 5:8 states, “…God shows his love for us in that while we were still sinners, Christ died for us.”

If Paul had to earn God’s love, then how could he ever be loved? To have to earn the love of God is not good news, it is an unbearable burden that none of us can carry. But God loved us and died for us, even while we were still sinners.

At the point of his conversion, Paul could have said, “But I’ve murdered people.”

Maybe you say, “But I am filthy. I’m a liar. I’m perverted. I’ve abused and I have been abused. If my family or my friends knew the things I have done, or the things I think… they would be so ashamed.”

But God says that by the atoning sacrifice of Jesus Christ, He is not ashamed of us (Hebrews 2:11).

Maybe we ask God, “Why? Why would you do that for me?”

Paul had nothing good to offer God, and neither do we. Yet it pleased God to save us, and He does not regret doing so. And it’s this kind of love that breaks hard hearts and replaces it with a new one.

“My deepest awareness of myself is that I am deeply loved by Jesus Christ and I have done nothing to earn it or deserve it.”*

The grace of God is scandalous. Our God is a God who is not ashamed of us, and will come after us even in our darkest places. The greatest thing for you to know and to preach to yourself daily is that you did not (and do not!) earn the love of God. And since we did not earn it, no matter how far one has fallen (even for ISIS), there is hope and there are grace and mercy in Jesus Christ. We are truly loved beyond compare.

This article was originally published by For the Church, on March 10, 2016.

Ian Conrey teaches high school history and Christian thought courses at North Georgia Christian Academy. He holds a B.S. in Christian Ministries from Point University and has been attending Reformed Theological Seminary in the pursuit of earning an M.A. in Biblical Studies. Ian has been married for ten years; he and his wife have two children.

A Simple Explanation of Eternal Security (From Hebrews 3)

Listen to the complete sermon from SWO20 Summer Camp (by Spencer Davis) here: Can You Lose Your Salvation?

By Ian Conrey Just before the Great Chicago Fire burned virtually all of Horatio Spafford’s business investments, he watched pneumonia take the life of his four-year-old son. As a result … Continue reading

Snowbird exists to partner with the local church, and we love getting to work with student pastors who are faithfully preaching God’s Word. The Bible has the power to save … Continue reading