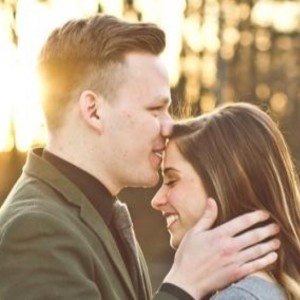 If you’ve ever met John-Michael Ritchey, trust me, you’d know it. He was loud, an incredible drummer, a little crazy at times, and full of passion. It was his passion, I think, that made you remember him so well. Whether it was his friendships, work, marriage, or music—he was passionate. Not only did he do things passionately, but he did them well—a sentiment that oftentimes gets overlooked in the mundane day-in and day-out tasks of life.

I had the privilege of working with John-Michael at Snowbird Outfitters, the summer that he met his wife Alex. I remember sitting with Alex in her car talking about JM, about how funny she thought he was, and yet able to transition into seriousness as the need arose. While he impacted her early in that summer, it wasn’t until a year later that he chose to pursue her.

John-Michael also taught at a Christian school near Atlanta where I can only imagine the influence he had on his students and fellow employees. When you met JM, you remembered him. And yet, I don’t think it was for any of the above reasons.

As I sat in his funeral service this past Thursday, September 24, I was overwhelmed by the overarching, influential story that JM told with his life, actions, relationships, reactions, pursuits, accomplishments, etc. JM was passionate about most things, but nothing compared to his ultimate and overwhelming passion for the Gospel of Jesus Christ. His life and influence dripped with the undeserved grace we find in the Son of the One True God.

“I think the reason that we all try so desperately to prove that we matter, that we have value, and that we qualify, is because we all sense so deeply that we don’t.[…] And yet, God sees every bit of you. The complete volume of your words, thoughts, feelings, and actions is laid open before him. While all your ugliness was bare before his eyes, he still came to adopt you. Jesus came to earth. As the God-man, he was the only person who ever lived in such a way that made him completely valuable, worthy, and loved.”

As I was asked to write a blog on behalf of JM, I was a little overwhelmed. I mean, this guy was a published writer/blogger at the age of 23. Then I realized that the answer was actually staring me in the face:

If anyone could echo the words of Paul, “Be imitators of me, as I imitate Christ,” it was John-Michael. And, so it is today, that I challenge you with John-Micael’s words from February 28, 2015,

“But eventually, our shiny diplomas will collect dust, we’ll retire from our jobs, and let’s face it: we’re all a limited number of breaths away from being worm food in a dark casket beneath some dirt. So what then? What did our perseverance count for? God offers us a better story.”

This was the story that JM told. This was the truth that he conveyed with his life, actions, relationships.

As you read this, my prayer is that you are just as challenged as I was by John-Michael’s life. May you read these words and truth of Jesus and submit your life to His supremacy. May you be changed by the Savior and words of the Father, “I love you because you are my son. I love you because you are my daughter. That’s what gives you value, that’s what gives you worth, and that’s why you will always matter to me.”

The Joy of Seeing Christ in the Old Testament

By Ian Conrey Many Christians I know who regularly spend their time reading the Bible spend the majority of their time in the New Testament. This is understandable for sinners … Continue reading