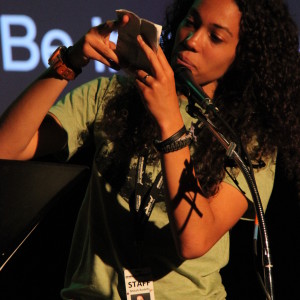 This conversion story is my favorite because of the intensely dramatic elements involved in it. The king of the universe just died, and only after “it is finished” does the Centurion realize the truth and declare, “Truly this man was the Son of God!”

The magnanimity of Jesus’ death wasn’t just a sight for those who already believed, but also a point of change for those who didn’t. At the moment that the curtain of the temple was torn, when the nature of the relationship between God and man became more universally intimate (instead of needing a go-between), a soul (and possibly other souls) was brought to life. Imagine how bright the realization must have been in the mind of the centurion. No sudden understanding of a math problem or philosophical concept could compare.

The centurion was metaphorically blind and suddenly granted sight.

That alone is why he was able to know the truth about Jesus Christ. But the timing was awful. My heart immediately goes out to him, because if in that declaration he did receive salvation, then how devastating might it then feel to realize that Jesus is now dead? He realizes who Jesus was, and suddenly the last 24 hours of his life look like a living Hell because he just helped put the Son of God to death. I’m sure this centurion had no idea that Jesus would rise in three days…so instead, he is left with the sinking feeling in his gut that he just killed the Son of God and can’t do a thing about it. I’m surprised he didn’t fall over dead too.

I feel I can relate to him, in a way.

My sin weighs heavy on me (sometimes!) when I know that each of my sins was a reason Jesus had to be crucified. I cannot smile at my past sin and think “Those have made me who I am”. I look back at them in shame and think “Those are why Jesus died”. And no matter how hard I try—and believe me, I try, at times to a fault—I cannot be perfect. Each time I catch myself in sin I am ashamed of knowing I deserve Hell because of it, but Jesus died so that I don’t have to pay the price (ashamed, and simultaneously relieved). The only reason my disappointment in myself does not drive me into a hole is that I know that Jesus Christ rose after three days, and that he was not defeated by death but that he defeated death, and so I can rejoice in the forgiveness and victory that Jesus provides over my sins.

The centurion is stuck with that sinking feeling, and unless he heard of Jesus’ resurrection and believed it later on, then I am sure he would be haunted by what he took part in that day for the rest of his existence on earth. What a potentially sad soul! What a blessed man to be shown the truth!

I hope to meet him one day in Heaven.

The Steadfast Love of God

We are going to look at what God’s steadfast love is, and look at the covenants and promises God gives us in his Word. This is how we protect ourselves … Continue reading

How I Prepared to Teach Colossians to Students

By Seth Stewart Start with a Long-Term Strategy I very rarely choose a book in isolation. Each year, I make sure my students get a healthy diet of Scripture. I … Continue reading

4 Ways to Guide Your Child Through a Gap Year Decision

By Susan E. Greenwood When our boys first approached us about taking a gap year, we were open to it, but we wanted to make sure they were doing it … Continue reading