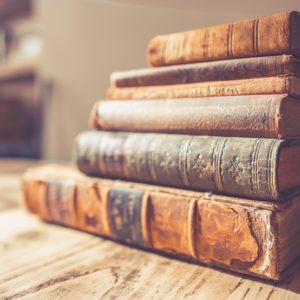 6 Resources that Help us Understand Creation, the Bible, and Science

Zach Mabry is our resident apologetics professor and he loves teaching Christians how to biblically interact with the topics of Creation, Evolution, and Science. Most recently, he taught a breakout on this topic to students this past summer. You can watch or listen to “Creation: The Bible and Science” in our Resources archive.

Here are six fantastic resources that he has compiled for youth pastors, students, and every follower of Christ to help wade through the conversation of Creation. 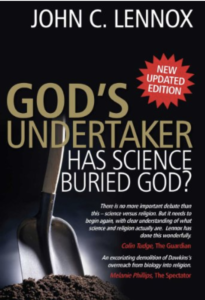 “Indeed, faith is a response to evidence, not a rejoicing in the absence of evidence.” – John Lennox

“God is not an alternative to science as an explanation, he is not to be understood merely as a God of the gaps, he is the ground of all explanation: it is his existence which gives rise to the very possibility of explanation, scientific or otherwise. It is important to stress this because influential authors such as Richard Dawkins will insist on conceiving of God as an explanatory alternative to science – an idea that is nowhere to be found in theological reflection of any depth.” – John Lennox 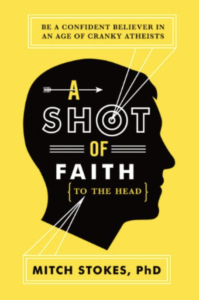 A Shot of Faith (to the Head): Be a Confident Believer in an Age of Cranky Atheists

“Moreover, the more deeply a view is ingrained, the less likely we will see it as influencing us—or see it at all. If you want to know what water is, don’t ask the fish.” – Mitch Stokes 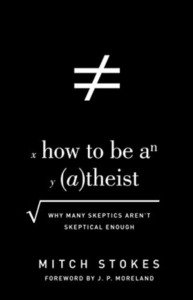 How to Be an Atheist: Why Many Skeptics Aren’t Skeptical Enough

“How can you derive meaning, purpose, or ethics from evolution? You can’t. Evolution is simply a theory about the process and patterns of life’s diversification, not a grand philosophical scheme about the meaning of life. It can’t tell us what to do, or how we should behave.” – Mitch Stokes

“…if naturalism is true, then so is moral nihilism, the view that there are no objective moral standards and that anything goes, ethically speaking.” – Mitch Stokes 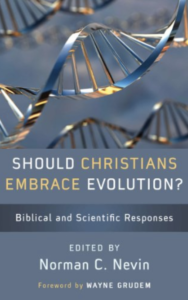 “Every generation of Christianity has its own stigma by which the believer’s faith is severely tested.” – Norman Nevin 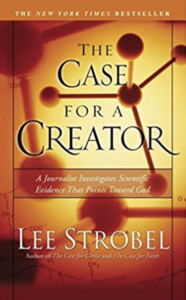 The Case for a Creator

“If it’s true there’s a beginning to the universe, as modern cosmologists now agree, then this implies a cause that transcends the universe. If the laws of physics are fine-tuned to permit life, as contemporary physicists are discovering, then perhaps there’s a designer who fine-tuned them. If there’s information in the cell, as molecular biology shows, then this suggests intelligent design. To get life going in the first place would have required biological information; the implications point beyond the material realm to a prior intelligent cause.” – Stephen C Meyer, PhD

“Would it not be strange if a universe without purpose accidentally created humans who are so obsessed with purpose?” – Lee Strobel

“It’s becoming clearer and clearer to me that this is materialistic philosophy masquerading as empirical science. The attitude is that life had to have developed this way because there’s no other materialistic explanation.” – Lee Strobel 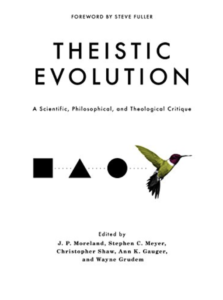 “Theistic Evolution is a revisionist treatment of the Bible based on the idea that if the Bible is going to be even partly credible, it must be constantly revised to keep up with what contemporary science says. Thus, Theistic Evolution supports scientism, the view that the hard sciences are the only or vastly superior way of knowing reality. This leads believers to wonder what will be revised next? The soul being replaced by the brain?” – J.P. Moreland

From The Coop | January 2023 Newsletter

Welcome to 2023! To celebrate, we’re testing out a new format for the SWO newsletter. And, we’re bringing back a throwback name — From the Coop. New year. New name. … Continue reading

The Whisper of the Gospel in Adoption

I waved a reluctant goodbye, exhausted and emotionally spent, with tears streaming down my face. The grief of farewell was more than just a sense of loss. It was a … Continue reading

The Painful (and Joyful) Christian Life