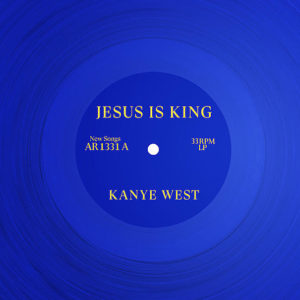 Jesus is King. Amen and Amen!

Jesus is King, and we should let the whole world know. But how do we respond when the person saying it is Kanye West? We’re talking about the guy who called himself “Yeezus” and had a song entitled, “I Am a God”… yeah… that guy.

Unless you’ve been living under a rock (which is totally your choice), you’ve probably heard about the newest album by Kanye West, entitled “Jesus is King”. And, you’ve also probably heard a bunch of people telling you what you need to think about it. And the reaction (again) probably has ranged from, “I’m so excited that Kanye is a Christian!” to “There’s no way this is really true, it must be some kind of publicity thing”. So how do you deal with this?

I, obviously, can’t tell you what to think, however, I can tell you what I think and you can decide what you want to do with that. Here are some thoughts that we need to keep in mind before we make any type of judgment on Kanye’s eternal state.

First, he is claiming that Jesus is Lord. We should rejoice in that. Remember when the apostle Paul was in prison and some people were using his imprisonment as a platform for their own preaching? How did Paul respond to that? He said that the important thing was that the Gospel was being preached and he would rejoice in that, even if the motives were less than ideal (Phil 1:15-18). And Kanye is definitely preaching the Gospel. In fact, the one song, “Jesus is Lord”, is just Scripture. It’s actually also from Philippians, only in chapter 2. And he’s saying that every knee will bow and every tongue confess that Jesus is Lord… Like I said before, “Amen”.

Secondly, the songs are exactly what you would expect from a young Christian. There are some lyrics that aren’t very deep, and maybe a little misdirected, but the direction he is driving is really good and we should be encouraged by it. I’m sure you’re glad that people can’t read everything you were thinking in your first year as a Christian. Even in spite of this, he actually has a lot of references or direct quotations from Scripture, like Phil 2:10-11 (mentioned above), John 8, and Psalm 150. This may sound odd, but it’s possible that Kanye has more actual Bible in this album than many contemporary Christian albums that you hear on the radio.

Third, we need to be careful criticizing someone who claims to have had a conversion. We do not know his eternal state, time will tell. And we don’t need to act like the unloving, hypocritical, stereotypical Christians that non-Christians use as their reason not to be Christians. It’s crazy because it’s conversions like Kanye’s that fill the New Testament narratives. I’m sure Zacchaeus had his haters too. What’s crazy is that Kanye even points this out in his song “Hands On” in the refrain which says:

“What have you been hearin’ from the Christians?

They’ll be the first one to judge me

And, in the perfect extension of grace, he suggests that instead of judging him, we should pray for him. Touché. Gotta appreciate the forethought.

Fourth, we should praise God for Kanye’s conversion. That’s what he’s saying, he’s pointing people to Jesus, and he’s making some serious waves as he tries to apply the Christian worldview to things like abortion, pornography, and premarital sex. But, we shouldn’t rejoice more at a famous person’s conversion than we would our neighbor. We are still talking about someone going from death to life. This is a huge miracle, and every conversion testimony should get us amped about sharing the Gospel with others.

And then lastly, yeah, I think that a Christian can be encouraged listening to his album… I mean, he gives a shout out to Chick-fil-a, that’s always encouraging. And if you feel like being judgmental, go ahead and pray for Kanye, he asked for it. And then, since everyone is talking about it, feel free to use this as a starting point to talk to your friends and family about the Gospel. You’ve got an easy in… “what do y’all think about all this with Kanye?!”

How to Make a Simple Bible Study Tool for your Students

We have been posting daily videos studying verse by verse through Colossians, and this is how we make them. This is a simple approach that uses tools you already have … Continue reading

Zach Mabry leads our SWO worship band and spends days working through potential songs every spring. This is our list for SWO22 Summer Camp and we couldn’t be more excited … Continue reading