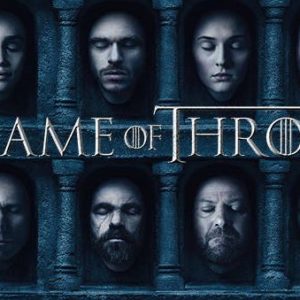 How are Christians supposed to think about Game of Thrones? Should we watch it? Should we avoid it? These are great questions that Christians have been asking for years. But, since they just started a new season (their 8th one), we thought it was time to bring it back around.

First off, I want to be honest and let you know that I have not watched the show. And if you think that someone can’t comment about something that they haven’t personally witnessed then feel free to stop reading now. However, you should also get rid of all your history books. The fact of the matter is that we can be well informed about something even if we weren’t an eyewitness, but that’s (slightly) beside the point.

In talking through this I want to approach it from several different angles, while always understanding that I am speaking, pastorally, from a distinctively Christian point of view. In doing this, we are going to actually expand the topic so that we are not just talking about one TV series but entertainment in general and then making specific applications regarding Game of Thrones.

The Excuse of Cultural Relevance

The first thing that I want to talk about is cultural relevance. If we are going to win this generation and culture to Christ, shouldn’t we immerse ourselves in it so that we can be culturally relevant? Well, we do need to make sure that we can communicate well to this culture, but the truth is we are innately part of this culture. Most likely you already have enough shared experiences in demographic, language, and culture with your neighbors that you already have a platform to share the Gospel. And then there’s the fact that you could probably do a better job sharing the Gospel with your friends, family, and coworkers explaining why you don’t watch Game of Thrones (or other shows/movies with graphic nudity) than by discussing the plot and characters.

But, you might say, “it just doesn’t bother me”. Well, maybe it should. Let’s take a minute and really think about what is happening here. Game of Thrones has explicit sex scenes, in the past we used to just refer to this as “pornography”. However, nowadays, people are saying that this isn’t pornography because it is not the intention of the show to turn you into an active participant:

I couldn’t disagree more. As a sinful man, I just cannot believe that you can watch a sex scene in a “non-porn” way. And if you think that you have seen so much sexual material in TV shows, movies, print, or social media that you’re desensitized to it to the point that it doesn’t affect you then you really need to do a detox. Let’s talk about what is actually happening here.

Okay, some people will say that it is hypocritical for a Christian to be upset about sex in a movie because the Bible has sexual language in it. I mean haven’t you even read Song of Solomon? He’s not talking about twin deers. But we have to remember that there is a fundamental difference between a print description of something sexual and an actual visual depiction of it. Print is different than video. You can say that a woman is naked and the information has been conveyed in a tasteful way, but if you show a video of it, then you’ve crossed the line. And to be honest, when the Bible talks about sex it usually uses euphemistic language. That is, it usually uses a term like “knew” or “lay with” which really aren’t intended to arouse someone sexually.

This leads to the next point: There is a difference between depicting sin and actually sinning. I think that if we can think clearly about this it will make the whole question easier to answer. You might be wondering why I’m spending all this time talking about sex instead of the other terrible things that are depicted in movies and TV shows. Why aren’t we talking about violence, murder, theft, and other sins? The reason why we are focusing so much on sexual content in entertainment is that most of the time when people are depicting it, they, themselves are sinning against God. You can put fake blood on and pretend to kill someone, but that actor isn’t really dying. You can dress in all black with a ski mask on and pretend to rob a bank at gunpoint (while actually in a studio) and you are not actually a thief. The problem comes when we have real people with their clothes off doing things that Christians believe to be sinful. These are real people (eternal souls, created in the image of God for a relationship with Him) and they are often totally nude, kissing and touching each other in sexual ways, surrounded by a crew of people all watching them and critiquing how passionate they appear. Are you kidding me? Can you imagine yourself on that set? Is that a wholesome place to be?

Let’s take this a little farther (and I apologize if you think this goes too far). Suppose you are at your house getting ready to watch Game of Thrones with your friends and the power goes out. No problem you and your friends are big fans and you basically have the series memorized, so one of your buddies says, “I know, let’s act out Season 1, Episode 6.” The awkward part happens when you come to a sex scene, what are you supposed to do? Do you suggest that you all go to the bedroom where 2 of you will take all your clothes off and act it out? Of course not! Unless your conscience is completely seared (or you want to hold dogmatically to your belief no matter what) you realize that this would be a disgraceful thing for anyone to take part in, especially Christians. However, this is closer to what is happening. And shame on us for watching it.

If you would not be comfortable with your sister, mom, friend, wife, or daughter doing a scene then you need to seriously question whether or not you are comfortable with someone else’s sister, mom, friend, wife, or daughter doing it. There is a good chance that you already know how you feel about it, but you have just put it in an imaginary category. The entertainment world has done such a good job convincing you that this is an alternate reality that you have forgotten that these are real people, really doing things that you would consider to be sinful if it was happening on the couch in your living room in front of you.

The last thing is just really practical. Is watching this helping you grow into a more mature follower of Jesus? Are these the influences you want shaping the way that you think, feel, and act? Now is the time when you need to be proactive in taking part in your own sanctification. Meditate on how to apply God’s Word:

If you want to read a counter-perspective, check out “Yes, Christians Can Watch Game of Thrones” by The Federalist.

By Ian Conrey After having a discussion with a non-Christian the other day, one thing he said stuck out to me. “I refuse to believe,” he said. “That I am … Continue reading

How to Redeem the Quarantine Time & Grow in Godliness

These are days full of uncertainty, confusion, and extra time to dwell on the things we can’t understand. I pray we will redeem this extra time in ways that help … Continue reading

Truth bombs These are 2 true sentences. Yes, I did string them together so that I could cause a bit of a stir, but let’s think about it. Everyone in … Continue reading