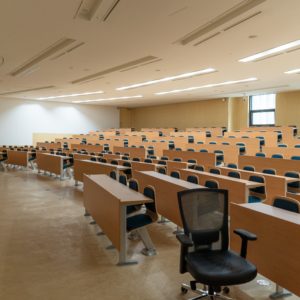 The Virtue of Running Toward Danger

Kendrick Castillo and Riley Howard made headlines last week because of their bravery in the face of evil. They sacrificed their lives for the lives of others and our nation looks on their final acts of bravery with honor. And we should. Every one of us innately understands that this type of self-sacrifice is virtuous.

If you are unfamiliar with the names of these young men, let me remind you. Both of these men were present at school shootings and instead of running or hiding from the assailants these young men (with others) ran toward the shooters, ruining their plans, saving the lives of their classmates, and ultimately giving their lives in the process.

In a culture where traditional masculinity is overtly under attack, it’s encouraging to see this type of heroism being celebrated. And of course, it should be celebrated. Something inside of each one of us realizes that this should be celebrated but more than that, it should inspire all of us to have this same type of concern for others that we would be willing to imitate them in the same type of sacrifice. As a father of 4 kids, I am so thankful to see this type of heroism in action. My kids love watching superheroes put themselves in harm’s way to save us normal people. But that is just a world of make-believe. Here we have real heroes, who really gave the ultimate sacrifice to save their classmates. We should be humbled and honored in light of their actions.

In addition to this, we should be inspired by the families that raised these young men. These men were obviously raised in a way where they would be willing to fight their natural self-preservation instincts and risk it all for others. Especially with my 3 sons, I want to encourage them to be willing to do the same thing in this situation. I want to train them that a real man will give of himself for others, even when it could be loss or harm to himself. Is this a tragedy? Yes. Is it sad? Yes. But the families of these young men can be comforted by the fact that their sons gave their lives to save others. They gave up their lives doing something virtuous and worthy of honor.

But as we think about our innate response to grant the virtue of this sacrifice we have to ask ourselves where this impulse comes from. What worldview adequately gives us a reason to honor this type of self-sacrifice? Does an evolutionary, naturalist worldview account for this? No way. According to naturalism, the self, and specifically the survival of the self is held in the highest esteem. But then why do we all recognize the virtue of this? We know that self-sacrifice has value because we have been created in the image of God. This is the basis for every good story. We cheer in triumph when William Wallace and Harry Potter sacrifice themselves for something bigger than themselves. We rejoice when Aslan lays his life down to save Edmund. And most importantly we are humbled when Jesus Christ sacrifices Himself to save a lost and dying world, that could never deserve His sacrifice.

So as we mourn the loss of these young men we should celebrate their actions, cultivate this virtue in ourselves and our children and realize that this only makes sense in the Christian view of the world. It should help us to know that Christianity is the Truth that puts this sacrifice into perspective. It shouldn’t create in us a “martyr complex” that compels us to look for a way to die but should point us to the one who instructed us to give our lives for others and came to give His life for us.

“Greater love has no one than this, that someone lay down his life for his friends.” (John 15:13)

4 Ways to Guide Your Child Through a Gap Year Decision

By Susan E. Greenwood When our boys first approached us about taking a gap year, we were open to it, but we wanted to make sure they were doing it … Continue reading

3 Books that Drive to the Heart of Sexual Purity

John Owen once wrote: “Do you mortify; do you make it your daily work; be always at it whilst you live; cease not a day from this work; be killing sin … Continue reading