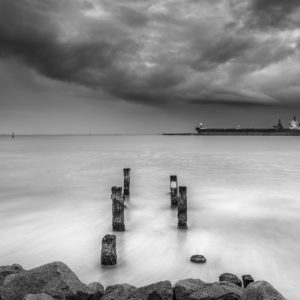 Rhett and Link (and the Apparent Deconstruction of Their Faith)

Re: Rhett and Link,

My heart is breaking and my head is spinning in light of the so-called deconstruction of Rhett and Link’s faith.

As I listened to them walking through their journeys I was surprised to see that we have covered much of the same terrain. I found myself identifying with them a lot through experiences from our very similar pasts. However, when they got to the point where they turned the corner away from the God of the Bible, our paths split and my heart broke.

I was amazed at the providential coincidences that converged for me, personally, when I listened to these testimonies last week. First, I am right in the middle of teaching an Apologetics course for the Snowbird Institute, so my mind is already focused on reasons to believe in God. Secondly, I have been preparing to teach John 6 where Jesus says in several ways that God draws people to Jesus, He saves them, and He doesn’t lose any of them. So I think that I was primed to hear what they had to say with an open (but biblically-grounded) mind.

God draws people to Jesus, He saves them, and He doesn’t lose any of them.

When I listened to their journeys from belief to “hopeful agnosticism” I was shocked at how much this looked like a “one-two punch” attack against Christianity. Rhett led off with his intellectual doubts and Link countered with an emotional appeal. And then my heart broke hearing not only where they are in their faith, but how they have made it easier for others to abandon their belief in God too. I have read and listened to many atheists over the years who have explained why they didn’t believe, but what made Rhett and Link’s (anti) testimonies so disheartening is the fact that they use much of the same vocabulary to describe their faith as I do. And, every time Rhett said, “I know you are going to say _____________,” I was thinking, “Yeah, that’s exactly what I’d say.”

Here’s the deal, we (at SWO) have gone back and forth on whether or not to address this.

On the one hand, we don’t want people who are not having doubts in their faith to listen to Rhett and Link and start doubting (I’d rather have a millstone necktie). On the other hand, we need to be confident in our faith, so we need to listen to what non-Christians say about Christianity. (Hold up, before anyone gets upset because I called Rhett and Link non-Christians, and am therefore judging them, these are their words. They no longer identify as Christians so it is not judgmental to refer to them this way.) So, if you want to listen to them you can do so without fear. We still believe the truth and the opinion of two YouTube comedians cannot change that.

Francis Schaeffer once wrote about the fact that Christians need to have such a commitment to the truth that if it were proven to be false we would be the first to get out of line and join the rest of the world in their destruction. And, think of what the Apostle Paul said in his first letter to the Corinthians (1 Corinthians 15) where he said that if it isn’t true that Jesus rose from the dead, then we need to be pitied more than anyone else.

So how do we need to respond?

As you listen to Rhett, he says that there were basically two things that converged to lead him away from the faith. First, he read Francis Collins’s (the other Francis), The Language of God, and was convinced that evolution is true. Second, he was troubled by the fact that he needed certainty and couldn’t get it. This led to him jumping ship. Again, the jumping ship lingo isn’t mine, that’s from him. In fact, he said that he jumped out of the Christian ship, but not into another ship, per se, but into an ocean of uncertainty… more on that later.

As far as Christians believing in the theory of Evolution or not, there is too much to go into in this short post. We have taught breakouts on evolution at camp and there are many good books you can read on the subject that I’ll put at the end.

What I want to address is that even if Evolution were true (which I don’t believe it is) there are way too many things in this world that need explanations that the Naturalistic worldview cannot answer. So Rhett got hung up on the way that one pair of chromosomes looks (okay?….), but he can’t escape the fact that he is an image-bearer of God, living in God’s world. What about the rest of the world? What about the beginning? By the way, Evolutionary theory doesn’t have a sufficient cause for the universe coming into existence out of nothing. It only even pretends to talk about how stuff became other stuff. But where did the first stuff actually come from? Nothing? Can nothing make something? If it can make something, can it make everything? After all, remember, we are talking about nothing.

Evolutionary theory doesn’t have a sufficient cause for the universe coming into existence out of nothing.

Or what about morality? Right and wrong? Where does that come from? Did it also come from that pair of chromosomes? Of course not. He says that he wants to raise his kids to believe in right and wrong, but he doesn’t have a standard for it. He even says that he understands the argument that you can’t have a moral law without a moral law Giver… But then he says, that he just doesn’t know.

That leads to the second thing.

When he identified as a Christian he said that he had to have certainty, but now he is fine not having certainty. Are you sure about that? Certain? Do you see the problem? By saying that he does not believe in the God of the Bible he is making a statement of certainty, even if he is trying to soften the blow by using non-threatening language. And furthermore, who wants to embrace uncertainty?

I’m not comfortable with that at all.

I guess my biggest frustration with what he is saying is that he is painting the picture that if you are a Christian you are not allowed to have any doubts, but if you aren’t a Christian then you don’t have to believe in anything. But that is no way to live. And, in reality, he’s not living that way either. He is still living as if he has value, that there is a purpose to his life and the lives of his family, that there is a standard of morality that people should follow, and that it matters how someone chooses to live their lives.

Let me help you out here. It’s okay to have doubts.

Doubt always accompany faith. Remember that even John the Baptist had a little crisis and needed to be reassured (Matthew 11:1-11). That is why I read and study. I mean we have little finite minds and we are trying to understand an infinite God. But don’t throw the tub out. You need a context in which to deal with the doubts. And deal with them now, but don’t exchange Christianity with doubts for an empty belief system made solely of doubts. That’s worse than a house of cards.

Check out these related resources:

How to Redeem the Quarantine Time With Your Family

Parents, these months of international quarantine are full of uncertainty. But, this is also a wonderful opportunity to spend more time together. Redeem this quarantine time with your family. God … Continue reading

From The Coop | February 2023 Newsletter

Thank you to everyone who gave and prayed during our year-end fundraiser for the SWO1 Growth Fund. We are continually overwhelmed by God’s goodness and your generosity. We hope to … Continue reading

This study guide will help you know how to study the Bible and help set a pace so you can study together. Each section of this guide will focus on … Continue reading