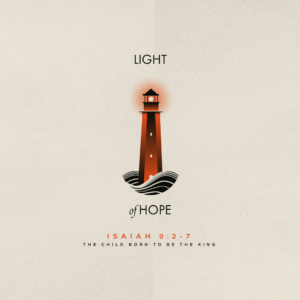 Advent 15: The Child Born to Be the King

“The people who walked in darkness
have seen a great light;
those who dwelt in a land of deep darkness,
on them has light shone.

You have multiplied the nation;
you have increased its joy;
they rejoice before you
as with joy at the harvest,
as they are glad when they divide the spoil.

For the yoke of his burden,
and the staff for his shoulder,
the rod of his oppressor,
you have broken as on the day of Midian.

For every boot of the tramping warrior in battle tumult
and every garment rolled in blood
will be burned as fuel for the fire.

For to us a child is born,
to us a son is given;
and the government shall be upon his shoulder,
and his name shall be called
Wonderful Counselor, Mighty God,
Everlasting Father, Prince of Peace.

Of the increase of his government and of peace
there will be no end,
on the throne of David and over his kingdom,
to establish it and to uphold it
with justice and with righteousness
from this time forth and forevermore.
The zeal of the LORD of hosts will do this.”

The Light of Hope

This is such an exciting and beautiful prophecy. And it makes it even more meaningful when we realize that this was given 700 years (give or take) before Jesus. Yet when you read over this, you just can’t help but think of him. This is another one of those passages that we read every year at this time, and it gives us hope, but think about the hope that it would have given to the Jewish people all those years ago before Christ.

As you look at this passage, you can see that God is sending a rescuer, a deliverer. It’s easy to see how the Jews would have been so surprised by the way Jesus lived on earth. It would be hard for them to see him as their Messiah since he didn’t fit the picture of a conquering warrior.

The history of the Jews had been very dark. Even after they came back to their land, it seemed like they couldn’t catch a break. One nation after another seemed to oppress them. They needed someone to set them free.

No Mere Human Would Do

When we look at this passage, there is so much going on. First off, the focus is on a child. Isn’t that interesting? This should let us know that something really unique is going to happen. The answer that they are looking for is going to come in the form of a baby boy.

Next, look at these titles: Wonderful Counselor, Mighty God, Everlasting Father, Prince of Peace. These aren’t titles that you would give to just any military leader. The Jews stood apart from the rest of the world in that time because they believed that there was only one true God, the God who created the universe. It was blasphemy to worship any other God.

If we tie these ideas together, we can realize that even in their own Holy Scriptures, God has given the Jews serious hints pointing to the incarnation. This is a prophecy that talks about a child to be born who would be called God.

When we read through this using the New Testament as a lens, we have the whole picture in view, whereas when they read this during the Old Testament time period, they only had glimpses of what God was going to do. God indeed was sending them a king, but he wouldn’t be like any other king.

As we look toward the birth of Jesus, we can’t just think about him as a baby in a manger. We have to remember that this is the most unique birth in all of human history.

“1 There shall come forth a shoot from the stump of Jesse,and a branch from his roots shall bear fruit. 2 And the Spirit of the LORD shall rest upon … Continue reading

“Therefore the Lord himself will give you a sign. Behold, the virgin shall conceive and bear a son, and shall call his name Immanuel.” – Isaiah 7:14 Double Rainbow We … Continue reading