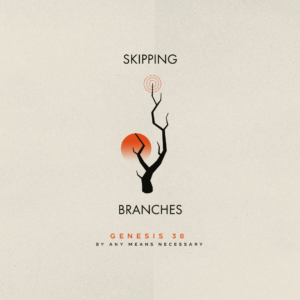 Advent 9: By Any Means Necessary

“And one of the elders said to me, ‘Weep no more; behold, the Lion of the tribe of Judah, the Root of David, has conquered, so that he can open the scroll and its seven seals.”

It’s Not a Love Story

If you think your family is crazy, then you really need to pay attention to the family of Jesus. Today we are going to be looking at Genesis 38. This chapter is really confusing and pretty dark. For the sake of those who might be using this to read to your children, we are going to handle this in a very sensitive way. The truth of the matter that shines through is that our world is full of sin and sinful people, but that will never stop God from keeping his promises.

In the lineage of Jesus, as recorded in Matthew 1, there are five women mentioned in the family line of Jesus. During this season, we are going to take a day to think through each one of their parts in God’s plan for our salvation. Now, we will turn our attention to the unlikely couple of Judah and Tamar.

But Er, Judah’s firstborn, was wicked in the sight of the LORD, and the LORD put him to death.

Well, in Jewish culture, they had a custom where if the oldest son died without having a baby, then the wife would marry her dead husband’s brother so that they could continue the family line. This might sound really weird to us, but that is the way they did it back then.

The second son’s name was Onan. However, Onan didn’t like this setup at all. He didn’t want his brother to get credit for his son, so he wouldn’t keep up this custom. And, you guessed it, God put him to death too. This is where Judah got really concerned. He only had three sons, and his first two died after being married to Tamar, so he wouldn’t let his third son get married to her. He told Tamar that she needed to just stay single.

This is where our story gets really crazy. Tamar was not content to just stay single. She wanted to have a child to carry on the family name, so she tricked Judah into having a baby with her by disguising herself as someone else. Then, three months later, Judah found out that she was pregnant. He was so angry and was going to have her put to death until she let him know that he was actually the father.

Whoa, talk about a surprise.

He then realized that he had sinned before God and didn’t try to have her punished at all.

We Shouldn’t Be Surprised

Isn’t it just like God to accomplish his plans in a way that we would never have guessed? As God makes it clear in Isaiah 55, his ways are not our ways; his thoughts are not our thoughts.

He is thinking on a different plane altogether, and he sees all of time from the beginning to the end. Whenever we find ourselves thinking that this isn’t what we would have done, we shouldn’t be surprised, not even for a second.

Any time you start to think, “But what if…?” we should remember that we don’t get to know what might have happened. God doesn’t have to tell us this. Look at this quote from Prince Caspian:

“But what would have been the good?”

“You mean,” said Lucy rather faintly, “that it would have turned out all right – somehow? But how? Please, Aslan! Am I not to know?”

“To know what would have happened, child?” said Aslan. “No. Nobody is ever told that.”

Nowhere is this clearer than when we look through the lives of those in the line of Jesus.

This is one of the craziest stories in all of the Bible. There is sin, death, and deception, but none of it is out of God’s sovereign control. He is Lord over all people, all times, and all places. He makes promises, and he will keep every one of them.

It is in times like this that we need to realize that God will be faithful by any means necessary. God made a promise that he would send a serpent-crushing king to provide salvation, and nothing that man can do will be able to frustrate it. Even when there are times where it looks like Judah was content to cut off his family line completely, God wasn’t. Take time today to pause and stand in awe of who God is. He is good, and you can trust him.

“The LORD your God will raise up for you a prophet like me from among you, from your brothers—it is to him you shall listen— just as you desired of … Continue reading

Advent 8: Three Strikes And You’re In

“Judah, your brothers shall praise you;your hand shall be on the neck of your enemies;your father’s sons shall bow down before you.Judah is a lion’s cub;from the prey, my son, … Continue reading